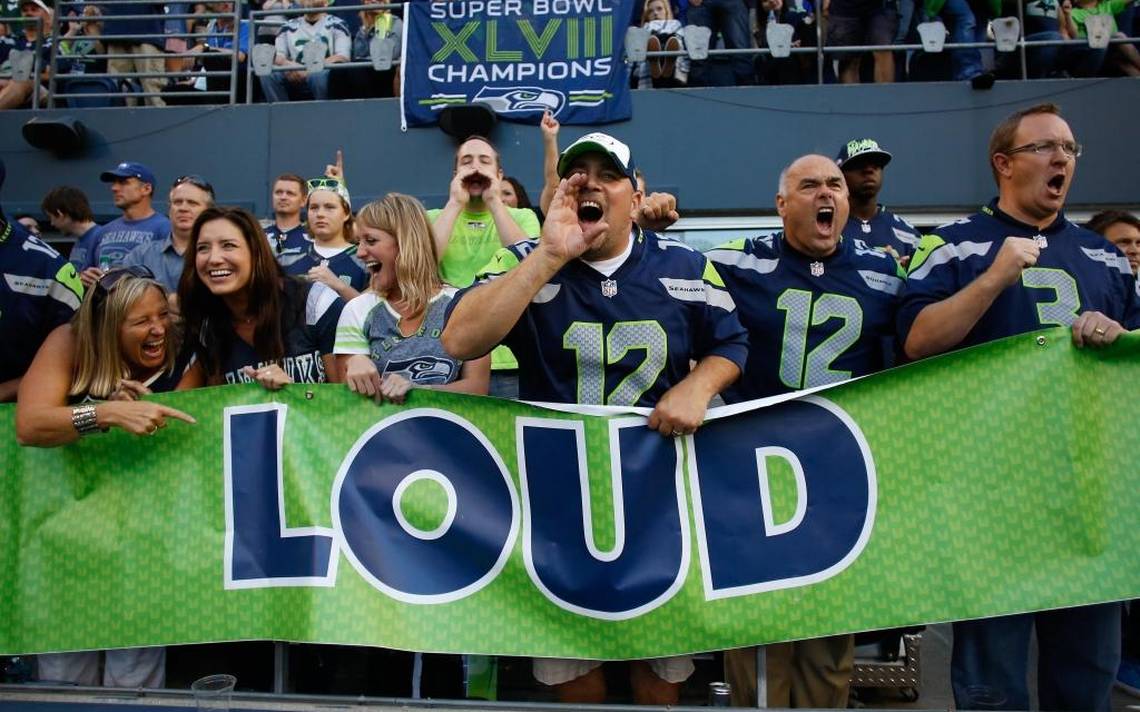 For sports fans, October is the best month! All 4 major North American sports are in full swing as we speak. The NFL is entering Week 5 of the season, the MLB playoffs started a few days ago, the NHL regular season did as well, and the NBA pre-season is almost complete! We all have a favorite team(s) in one or maybe all four of these leagues, and when your team scores a touchdown, goal, basket or run, you like everyone in attendance starts to cheer, yell and/or scream! For you sports fans out there, here is a list of the top 10 loudest stadiums on record in the World…

As one of four teams on this countdown who play in an arena it could be argued that the closed environment contributed to the overall noise when they set their Guinness world record. In fact, there are two separate records for loudest sports stadiums in order to separate the indoor and outdoor venues. Sleep Train Arena was the venue for the record in November 2013, the Kings fans reached an impressive 126.0 Decibels. They surpassed the previous record of 106 decibels three times during the match, once during a time-out in the first quarter, then again at half-time and their final and greatest attempt in the fourth quarter set the world record….for the time being! 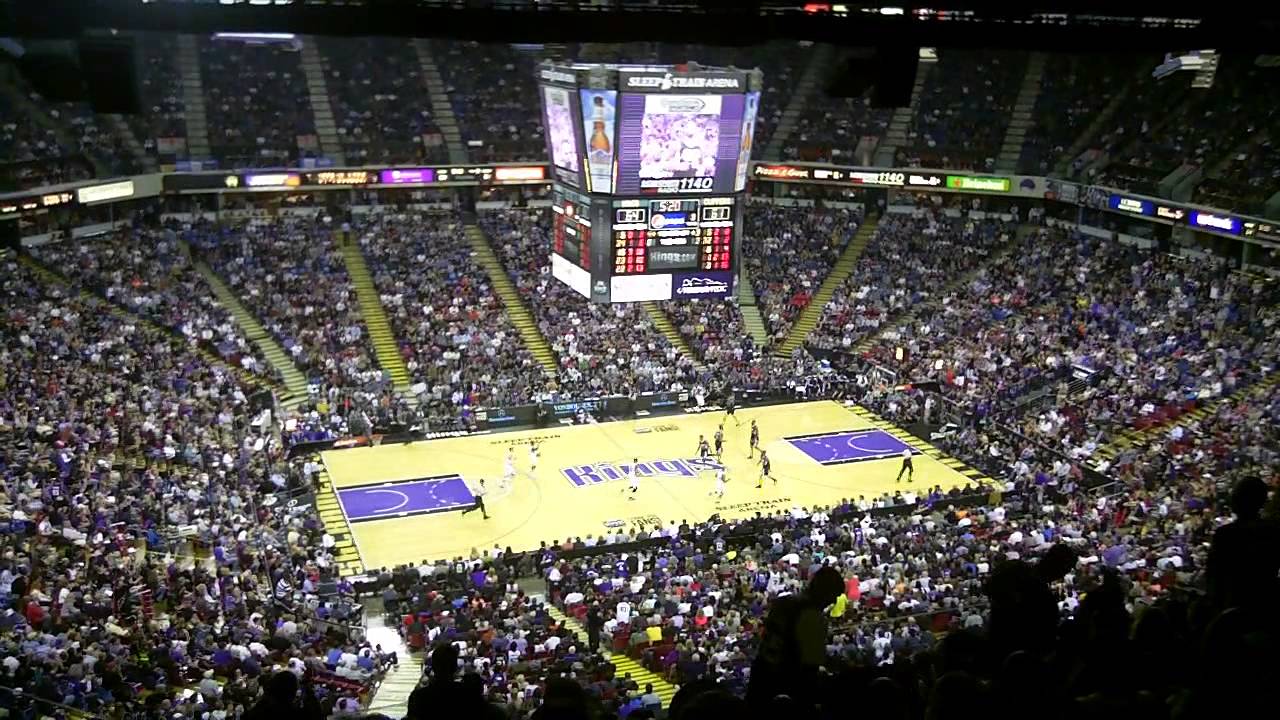 Also known as the Big Blue Nation for the sea of blue the fans create in the stands, Kentucky Wildcats supporters have long been known for being among the loudest fans in the US college basketball. It was a reputation they more than lived up to for the record attempt, after managing to create insanely loud 126.4-decibel measurement. With the hashtag #TurnUpRupp, which was put out on social media by University of Kentucky Athletics and the University of Kentucky HealthCare’s Markey Cancer Center, students and alumni from all over came out for the attempt. The 126.4 dB meausrement set the World Record for loudest INDOOR crowd noise on January 28, 2017, breaking the previous indoor record set by the Sacramento Kings 4 years earlier. But as they say…Records were made to be broken!

Autzen Stadium is known for its crowd noise. Due to the stadium’s relatively small footprint, the fans are very close to the action, and the field is sunken. These factors contribute to the loudness of the stadium even though it is smaller than other ‘noise comparable’ stadiums. Autzen Stadium holds only 54,000 people yet is one of the loudest stadiums in college football!  According to many in the Pac-12 division in US college football, it was actually even louder prior to the most recent expansion because the noise reverberated all the way up the stadium and bounced back down to the field—the so-called “Autzen bounce.” On October 27, 2007, a then-record crowd of 59,277 fans was recorded at 127.2 Decibels!! That is enough for someone to start feeling pain in their ears. Not cool! Their employees even have to sign a waiver to say they won’t sue the university.

The Nashville Predators fans had never seen a NHL Western Conference Final game before 2017, and they did a really good job throughout the postseason showing sports fans why the city is referred to as “Smashville”. Trailing 2-0 in the third period of Game 4 of the Western Conference Finals, the Predators put together a late comeback in hopes of going up 3-1 in their series against the Anaheim Ducks. After the Predators got on the board at the 13:33 mark of the third period, they came up with an even bigger goal nearly six minutes later! The big goal tied the game at 2-2 and it sent the game to overtime. You can bet it got the fans off their feet. Bridgestone Arena reached 129.4 dB while cheering after the late game-tying goal, which is a record for loudest NHL arena. As for the record for loudest crowd roar at an INDOOR sporting event, they fell 1 dB shy of the record which was set by… 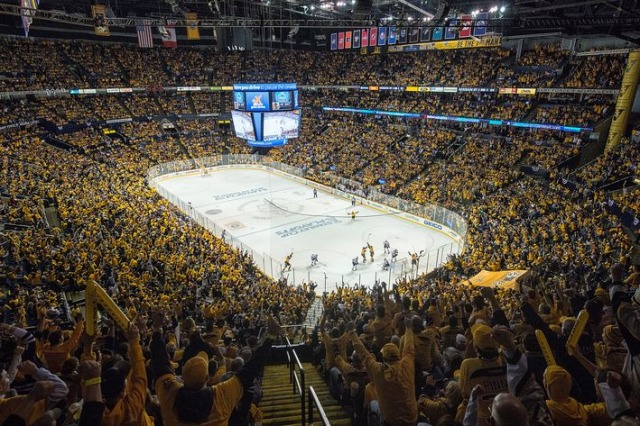 As I had mentioned in #9…Records were made to broken! But who knew that the record set at Rupp Arena by the Kentucky Wildcats faithful, would only last 3 WEEKS!! There’s no way to truly measure who has the best fans in the world, but there is a way to measure the loudest! ESPN Magazine once named Allen Fieldhouse the “loudest college basketball arena in the US”, and we now know fans in the Kansas City area are great with their vocal chords. The Guinness World Records has two distinctions for loudest fans in the world. Allen Fieldhouse shattered the world record for loudest INDOOR arena on February 13, 2017 when stadium levels reached 130.4 decibels during a win against a rival team. People in the Kansas City area seem to have a knack for that…stay tuned for #1! 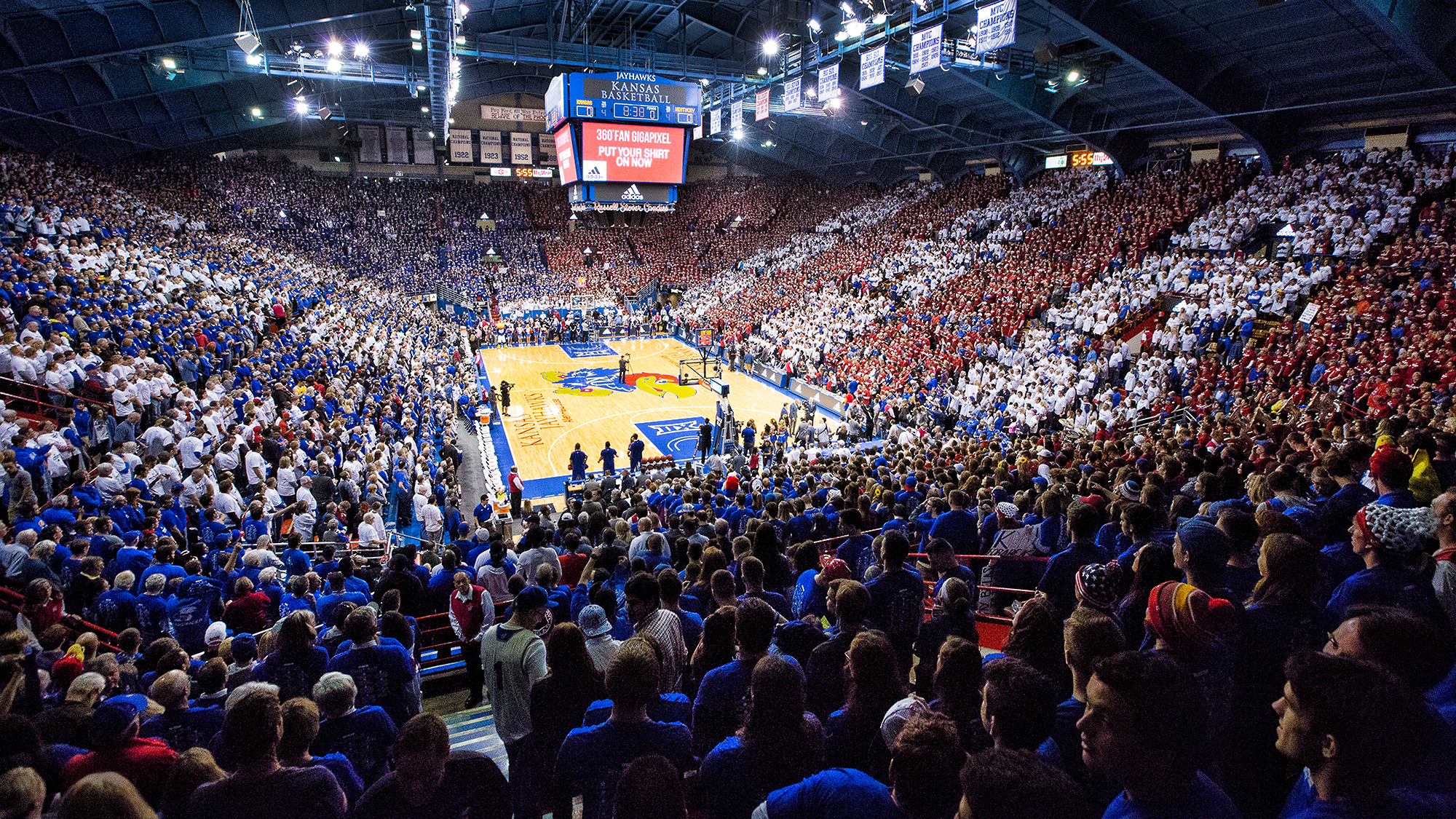 This countdown is heavily dominated by American teams and sports and Galatasary are the only non American team in the list. They are also the only soccer (football, as the refer to it in Europe) team on this countdown as well! Their stadium, Turk Telekom Stadium has a capacity of 52,000+ and set the World Record for OUTDOOR crowd noise in 2011. That day, Galatasary lost 2-1 to their most fierce rivals but their fans got the win when they reached an incredible 131.0 Decibels. Surprisingly, Galatasary held on to this record for over two years as no matter how hard they tried, the Galacticos fans in Madrid, Giants fans in New York or even the Brazil fans in the Maracana could not beat the noise of the Cimbom fans! 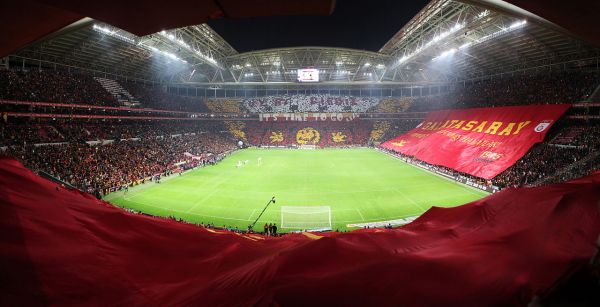 The Clemson Tigers football team, known commonly as the Clemson University Fighting Tigers are a college football team in the American state of South Carolina. They compete in the ACC (Atlantic Coast Conference) and have had many of their players go on to compete in the NFL. Their home turf, Memorial Stadium, in Clemson has a capacity of 80,301 and is nicknamed ‘Death Valley’. In October 2007, they set the (for the time being) World Record for loudest OUTDOOR stadium crowd noise at an insane 132.8 decibels!!! They almost broke the World Record for loudest college football game crowd in history, which is still held by… 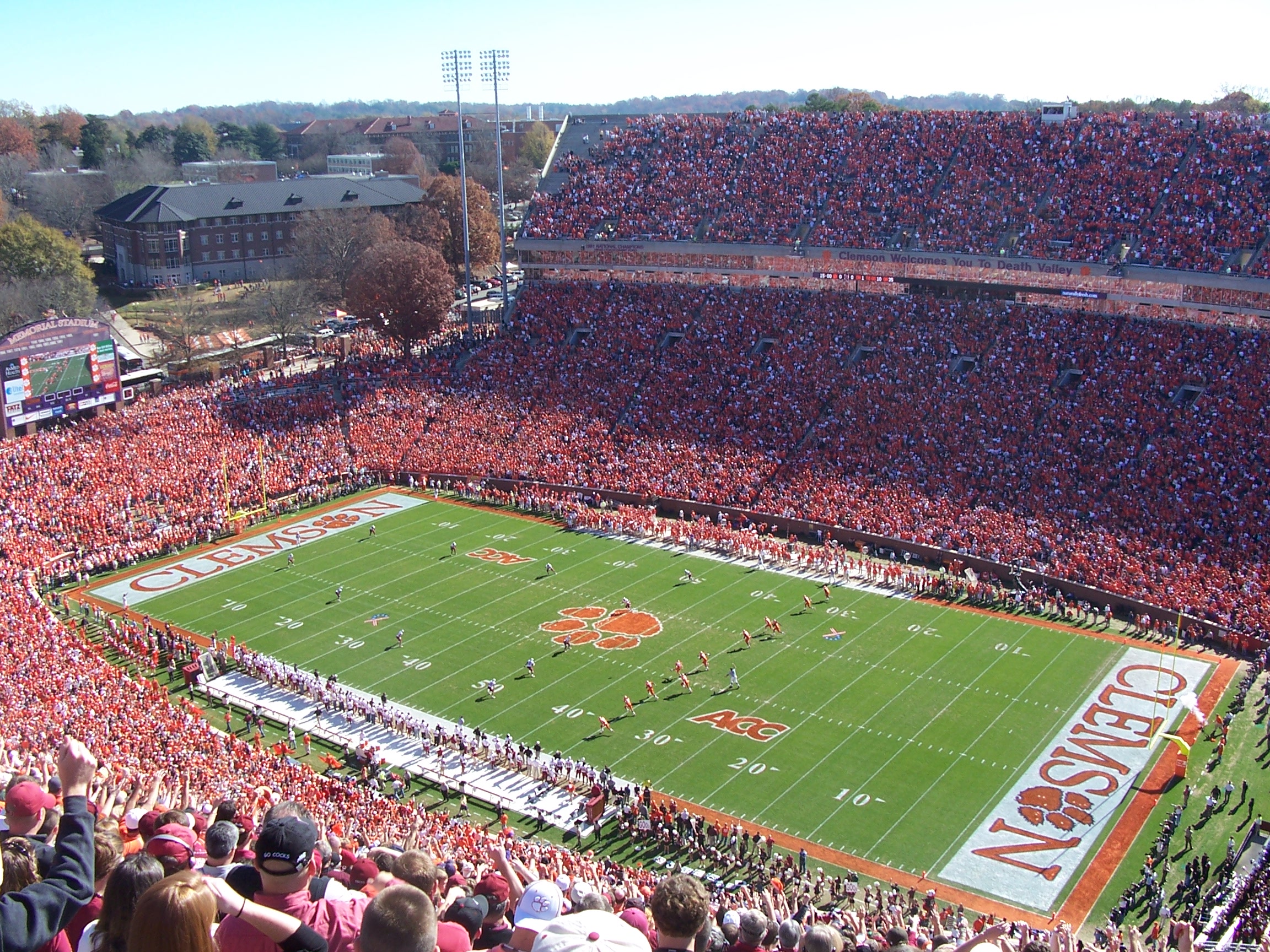 Not to be outdone by their college football rivals in Oregon & South Carolina, the Washington Huskies posted their own impressive sound number in 1992, hitting a whopping 133.6 decibels! After nearly 100 years of hosting college football games, this stadium was torn down and renovated in 2011. We’re still waiting to see if the new stadium can post new levels of ear-splitting sound such as a team that the Huskies shared their stadium with, for a period in the ’90’s & 2000’s… 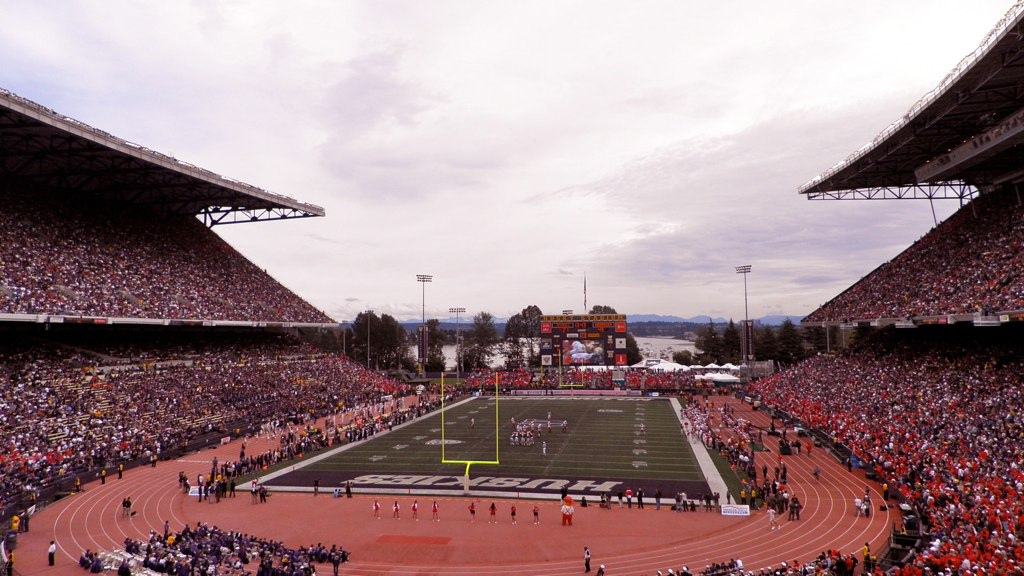 Well the top 2 sports stadiums on this countdown, have battled back and forth for the World Record a few times in recent years. The Seattle Seahawks and their infamous “12th man” initially set the World Record on September 15, 2013, during the first quarter peaking at 131.9 dB. Fans then broke their OWN new record during the third quarter of the same game when a level of 136.6 dB was achieved during a goal line stand by the Seahawks defense. The record was then broken by the crowd at the #1 stadium on this countdown on October 13, 2013, with a sound pressure level of 137.57 dB. The record was later regained by the Seahawks fans on December 2, 2013 with 137.6 decibels, but they lost once again to the #1 stadium on this countdown in 2014. 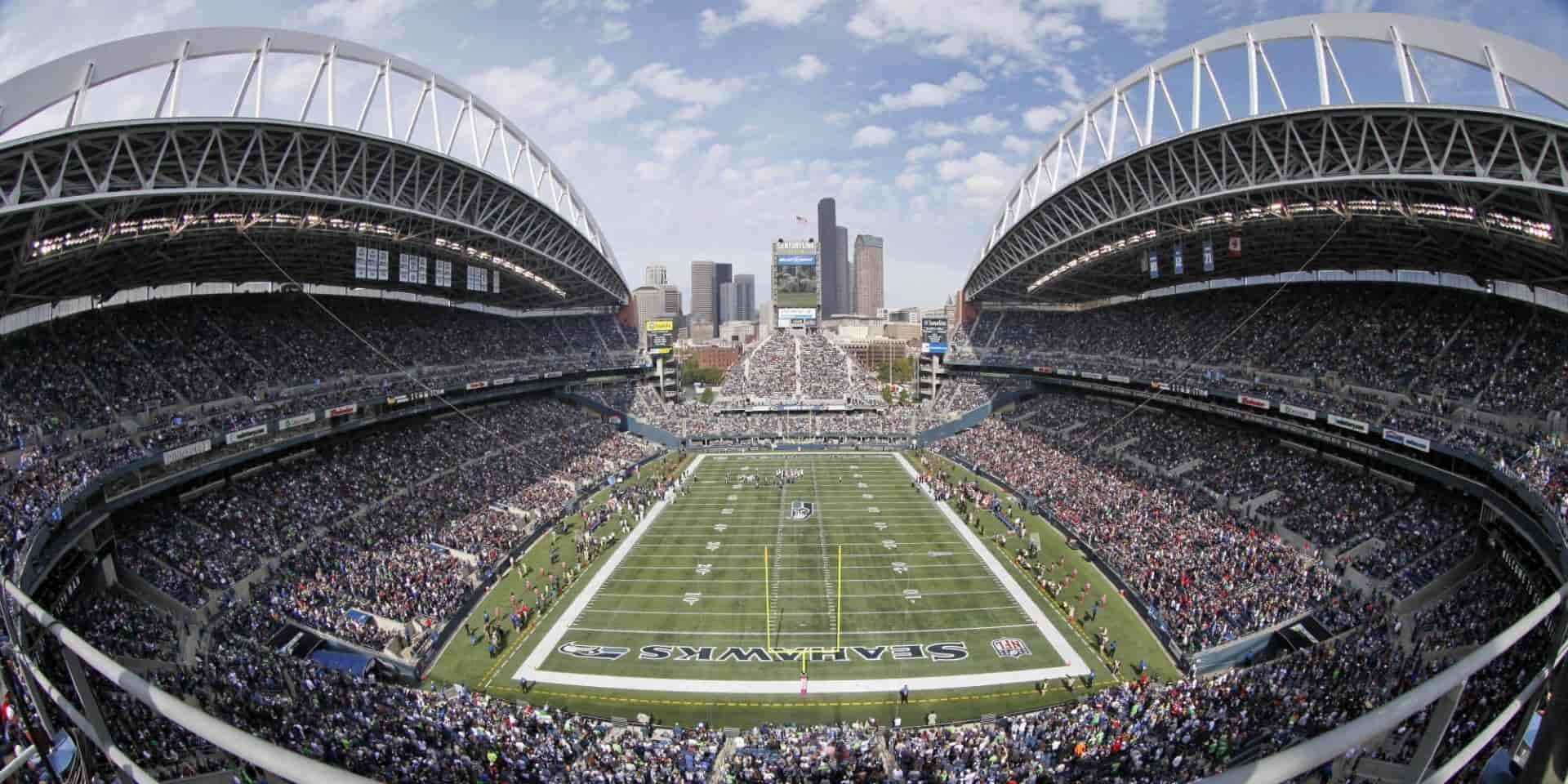 We have finally gotten to the #1 entry on our countdown of loudest sports stadiums in the world so with out further ado…drum roll please!

The Seahawks were finally dethroned in 2014 by their former AFC West rivals, the Kansas City Chiefs. The Chiefs were prepared to break the record, as they paid thousands to fly Guinness to the site of their anticipated victory. And win they did, by clocking an eardrum-bursting 142.2 decibels. The record was shattered during a game on September 29th, 2014, with eight seconds left on the clock in the first quarter. This is the second time the Chiefs have claimed the record, as I mentioned the Chiefs and the Seahawks went back and forth a couple of times over the course of a year. This is the current World Record as of October 6, 2017.

3 thoughts on “Top 10 Loudest Sports Stadiums in the World”