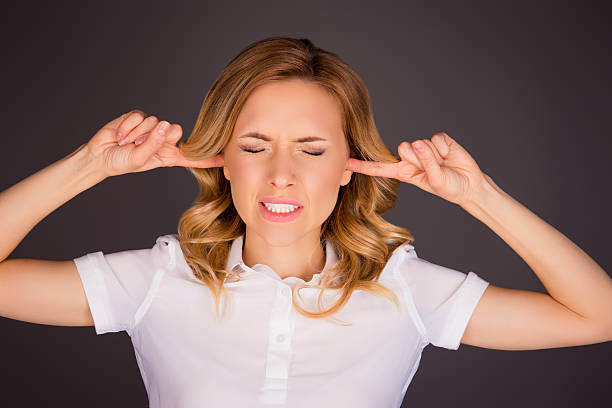 Do you have an intense emotional reaction to hearing someone eating with their mouth open, sneezing, coughing, sniffling, chewing gum or throat-clearing? Do you feel enraged when you hear repetitive noises like tapping, the clicking of a pen, typing on a keyboard or hearing other sounds that make you want to run away or even lash out at the source of the sound? Have you wondered why you experience these reactions… have sensitivities to certain sounds… and wonder if you are the only one who has these problems? When your trigger events occur, does it seem like other people don’t take any notice of the sounds that affect you so strongly? Guess what…

Misophonia, is defined as literally “hatred of sound”. The term “misophonia” was first coined by audiologists Pawel and Margaret Jastreboff in a publication in 2000. It was proposed in 2000 as a condition in which negative emotions, thoughts, and physical reactions are triggered by specific sounds. It is also called “select sound sensitivity syndrome” and “sound-rage”. Misophonia has no classification as an auditory, neurological, or psychiatric condition, there are no standard diagnostic criteria, it is not recognized in the Diagnostic and Statistical Manual of Mental Disorders or the International Statistical Classification of Diseases and Related Health Problems, and there is little research on how common it is or the treatment. Proponents suggest misophonia can adversely affect ability to achieve life goals and to enjoy social situations. Treatment consists of developing coping strategies through cognitive behavioral therapy and exposure therapy. As of 2015 it was not clear if misophonia should be classified as a symptom or as a condition. 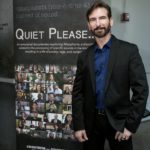 As of 2016 the literature on misophonia was very limited, however in 2016, Quiet Please, a documentary about misophonia, was released. Some small studies show that people with misophonia generally have strong negative feelings, thoughts, and physical reactions to specific sounds, which the literature calls “trigger sounds”. These sounds are apparently usually soft, but can be loud. One study found that around 80% of the sounds were related to the mouth (eating, slurping, chewing or popping gum, etc.), and around 60% were repetitive. A visual trigger may develop related to the trigger sound. It also appears that a misophonic reaction can occur in the absence of an actual sound.

Reactions to the triggers can include aggression toward the origin of the sound, leaving, or remaining in its presence but suffering, trying to block it, or trying to mimic the sound. The first misophonic reaction may occur when a person is young and can originate from someone in a close relationship, or a pet. People with misophonia are aware they experience it and some consider it abnormal; the disruption it causes in their lives ranges from mild to severe. Avoidance and other behaviors can make it harder for people with this condition to achieve their goals and enjoy interpersonal interactions.

Misophonia’s mechanism is not known, but it appears that, like tinnitus and hyperacusis, it may be caused by a dysfunction of the central auditory system in the brain and not of the ears. The perceived origin and context of the sound appears to be essential to triggering a reaction.

There are no standard diagnostic criteria. Misophonia is distinguished from hyperacusis, which is not specific to a given sound and does not involve a similar strong reaction, and from phonophobia, which is a fear of a specific sound, but it may occur with either. It is not clear whether people with misophonia usually have comorbid conditions, nor whether there is a genetic component.

Do you feel that you struggle with Misophonia? There are local support groups to help people such as yourself, deal with Misophonia and its side effects.

Sharing is caring! Some info courtesy of misophonia.com