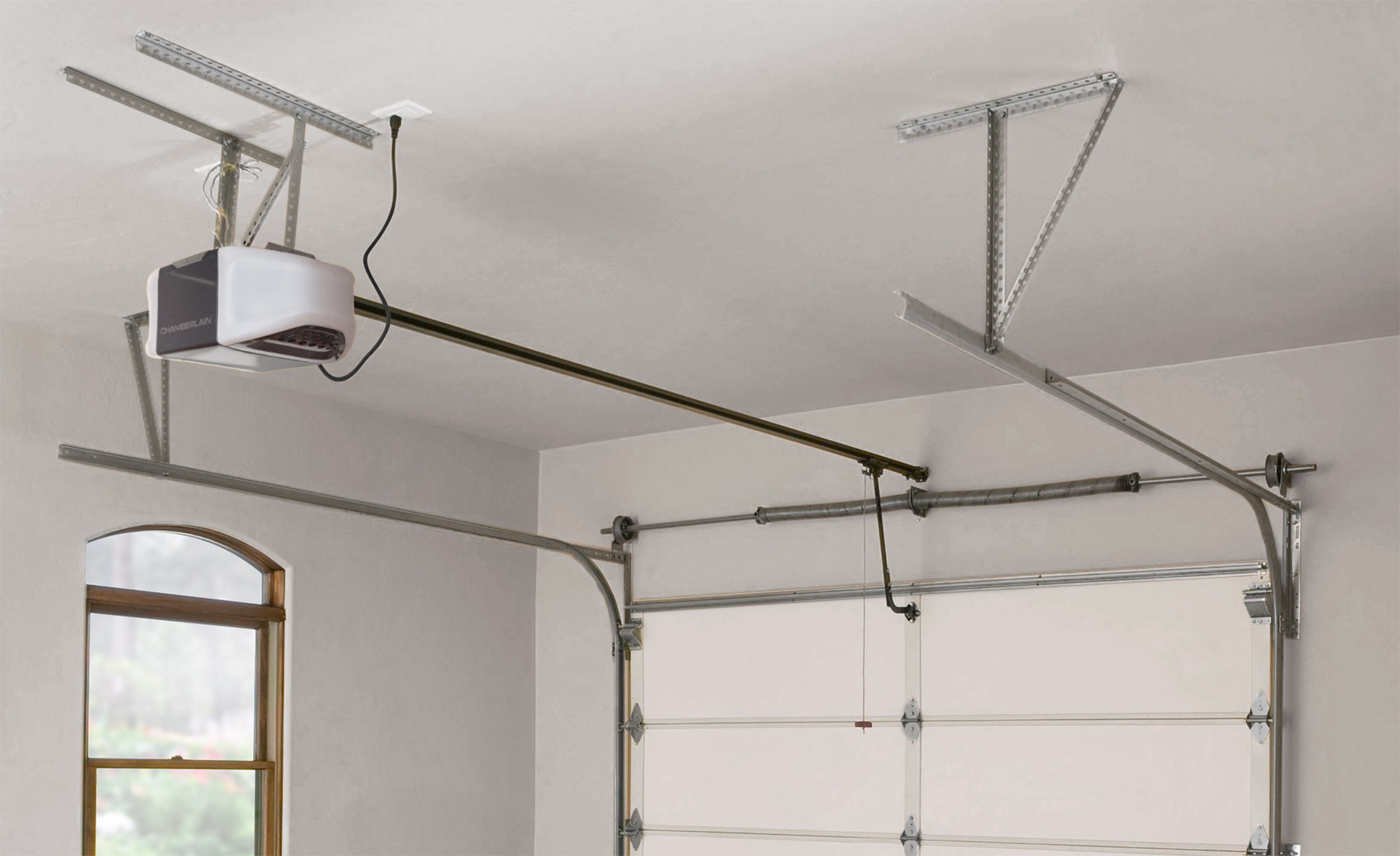 We recently had an inquiry from a customer who is having noise issues with a garage door and that email read:

“I need help reducing the garage door noise coming thru the ducts.  My daughter’s HVAC supply is routed thru our attached garage, while it is foil wrapped in something, already we can still hear the opening and closing of the motor.  Her bedroom is on the second floor while the garage is in the basement…

There are likely a few things going on here so this should be approached sequentially to narrow down the problem areas in order of importance and severity.  I doubt that the garage door motor itself is all that loud.  I’m sure you don’t have to stick your fingers in your ears when you’re standing in the garage and the door is going up and down.  I would bet that this is a vibration issue that is presenting itself on the second floor as an airborne noise which I can go into later.

If this were a problem at my house, I would start by separating the garage door from the ceiling and joists of the garage and assess the improvement.  If this is still a problem, I would then isolate both of the rails from the ceiling and assess the improvement.  If this is done correctly, I can just about guarantee that there will be such a significant reduction in the amount of vibration that is going into the ducts and traveling upstairs that you wouldn’t even know the door motor was operating.  If it’s still a problem, there is something else going on and it will be impossible to determine what until the vibration issue is fixed.

When this motor is running there is a significant amount of energy that is running up the metal angles that support the motor.  This energy goes directly into the joists above the garage.  The HVAC installers bolt the duct work to the joists so that it doesn’t move around and it’s secure.  If the motor is vibrating, the joists are vibrating and the ducts are vibrating.  That’s simple physics.  Now, think of a speaker, like one for your home stereo.  The wires that connect to the speaker basically cause the speaker cone to move.  The movement of the speaker cone pushes waves of energy into the air.  The cone vibrates and you hear the resulting sound.  The walls of the duct (and the drywall of the garage ceiling and the joists) are doing the exact same thing, pushing waves of energy into the air.  Sound travels through air, so guess where the sound is going to go?  Straight down the duct and out the register!

So, I would strongly recommend to isolate the motor from the ceiling as a first step, by using what is called a Isolation Mount and it is a structural product, but it allows the motor to vibrate independent of the structure. The Isolation Mount can be used in hundreds of other applications including; transformers, HVAC equipment, fans, piping, pumps & garbage chutes.

If that doesn’t take care of the problem with the noisy garage door opener, contact Hush City Soundproofing with a description of the problem that remains and we can take it from there!

Remember that Hush City Soundproofing has products to help control noise and vibration in thousands of different applications. If you are struggling with how to control noise and/or vibration at home, at work, in a commercial building or anywhere else on planet earth give us a call! Or if you have a room or area you need to eliminate echos from, or that you need to sound better, give us a call! At Hush City Soundproofing we sell, install, consult and educate on everything soundproofing & room acoustics related!

Sharing is caring! Some info courtesy of Acoustical Surfaces

1 thought on “How To Soundproof a Garage Door”